March 2, 2022
Thank you! Your submission has been received!
Oops! Something went wrong while submitting the form. 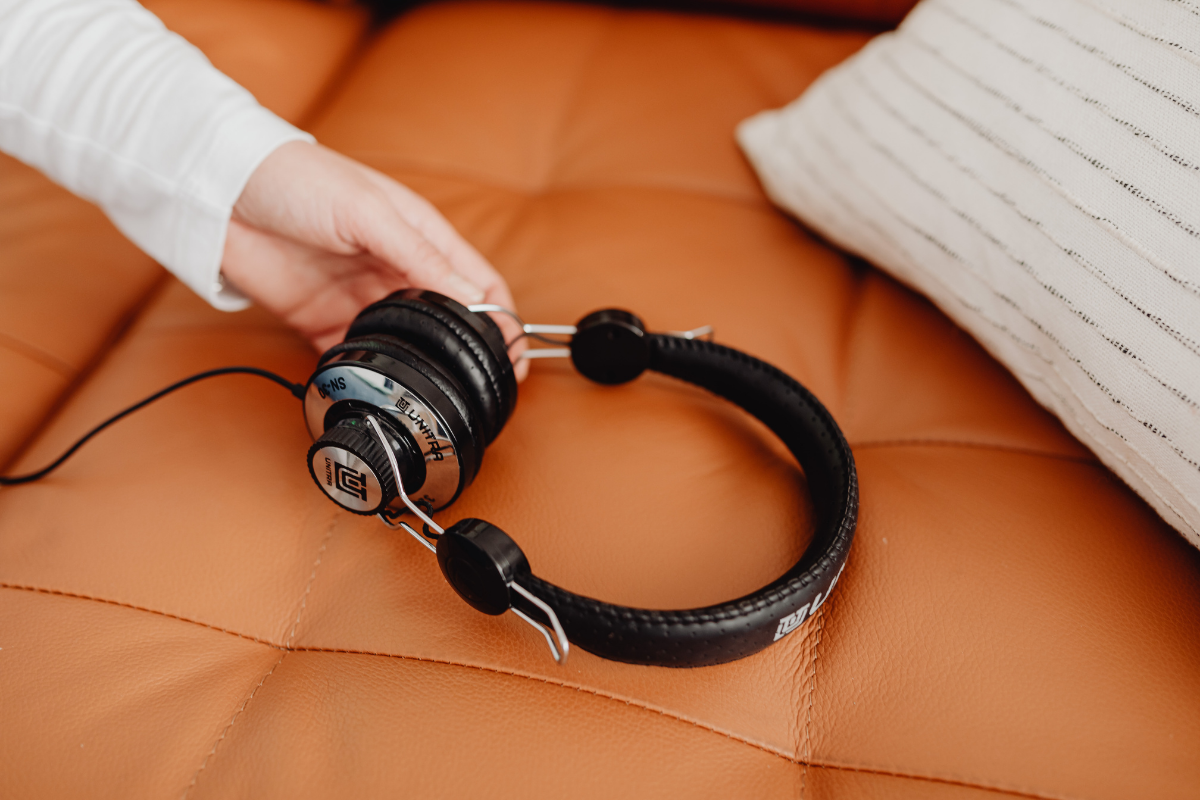 So which is it?

Is it better to work in sound or silence? And is the answer different depending on the person and the task?

The Psychological Effect of Noise

According to The Los Angeles Times working from home during the pandemic has left many workers feeling isolated. This is in large part due to a lack of ambient office noise. These ambient office noises, although mundane, gave a feeling of life and community beyond oneself. They helped workers feel oriented and situated.  One expert theorizes we find background noise comforting on a primal level. Animals in the forest usually quiet when a predator is near, so to our reptilian brain, silence can mean danger. Hearing the everyday sounds of our surroundings can assure us we are in a safe environment. In fact, during the pandemic, workers accustomed to the background noise of an open office have sought out “office noise” tracks to help them focus. Surprisingly, listening to ambient tracks of computer keys, fax machines, and distant conversation has become just as popular as listening to rainstorms, nature sounds, and focus music.

On the other hand, background noise at higher levels can have harmful psychological effects. Ambient noise can increase general stress levels and induce stress-related conditions like high blood pressure, peptic ulcers, and migraine headaches. According to Scientific American, stress resulting from ongoing white noise causes the release of cortisol. Excessive levels of cortisol in the brain can impair planning, reasoning, and impulse control, and may also disrupt learning and memory.

Turns out introverts have a harder time focusing with background noise. A study showed they performed worse on reading comprehension tests, memory exams, and math exercises when music and office noise filled the background. These introverts claimed they felt “pressured” or “annoyed” by the background sounds. They reported wanting to perform mental tasks in silence, as to not expend unnecessary psychological energy.

On the other hand, extroverts in the study performed just as well on the tests while hearing music and office noises as they did with silence. It seems environmental noises do not have the same negative effect on extroverts’ ability to concentrate.

Experts point to the fact that introverts’ and extroverts’ brains are structured differently. In an introvert’s mind, noise diverts the mental resources responsible for memory recall and problem-solving. Background noise makes them feel distracted. In an extrovert’s mind, the blood flow to these regions appears comparatively lower. Extroverts might have weaker memory and problem-solving abilities, however they are at an advantage in any environment with distractions. In fact, some extroverts prefer working in environments with noise and find silence itself distracting. Notably, individuals with ADHD have been found to perform better on memory tests when in a noisier environment.

Tasks such as brainstorming or conception creation thrive in a moderately noisy environment, such as a coffee shop or office bullpen. Tasks that require deep focus, such as writing, editing, or coding, meanwhile are better suited to quiet environments, such as a private room or office.

The University of Illinois at Urbana-Champaign conducted experiments with noise levels’ effects on creativity. Participants were asked to brainstorm as many unique uses for a brick as they could imagine, for example as a door stop, a paper weight, etc. When participants brainstormed listening to low noise, they tended to be less imaginative than when they listened to moderate noise. Then, with high noise, the participants’ thinking got so strained the creativity boost went away. It seems a moderate, “just right” noise level helps spur outside-the-box thinking.

Tips for the Office

A National Research Council paper found “speech privacy” has a huge effect on employees’ levels of comfort and productivity. Employees find it harder to focus when they hear coworkers’ conversations. Likewise, they feel less at ease when they think their conversations are heard by everyone across the office. Through a variety of sound-masking products, companies are attempting to increase “speech privacy” for their employees.

What Background Noise Means for the Office

Workers need access to a range of sonic environments. Employees working from home might struggle to find a quiet place due to noisy partners, children, pets, and roommates. Other employees working from home might find themselves in an environment that’s uncomfortably quiet. The hybrid office gives employees flexibility and allows them to select the location most conducive to them, based on their personality, home environment, and the tasks at hand. OfficeTogether takes the guesswork out of the hybrid office and helps companies maximize productivity.

Share
More From The Hybrid
What Is a Virtual Office? (Advantages & Disadvantages)
Research from CBRE found that nearly 85% of employees would prefer to work remotely at least two to three days a week. On top of that staggering conclusion, Chicago Booth economists found that nearly 34% of U.S. jobs can be performed at home. What does this research mean for companies that have yet to adopt a hybrid or remote work model? Change is coming.
Read More
Office Space Management in 2022
Over the past few years, the office landscape has transformed into something entirely different from a traditional office. Instead of gloomy 9-to-5 days spent in a cubicle or conference room, employees spend their days collaborating with peers and clients from virtually everywhere. This change has made a difference—now, 77% of employees report that this flexibility benefits their mental health.
Read More
How to Disconnect from Work: 9 Ways
Over the past few years, the COVID-19 pandemic and the subsequent increase in hybrid and remote work have blurred the lines between home and professional life. As the stress in our work lives increases, our mood regulation skills become less effective. When this happens, work stress can bleed into our home and personal lives.⁸
Read More
Not sure which OfficeTogether product is right for you?
Let's Chat
Product
Desk Reservations
Follow Your Teammates
Health Checks & Contact Tracing
Vaccine Tracking
Event Management
Space Optimization
Company
Blog
About Us
Press
Careers
Resources
Contact Us
Privacy Policy
Terms of Use
Slack App
Help
Join our mailing list.
Stay up to date with news, product releases, and exciting updates from OfficeTogether.
Thank you! Your submission has been received.
Oops! Something went wrong while submitting the form.

© OfficeTogether, 2022. All Rights Reserved.
OfficeTogether has been acquired by Envoy to continue pushing forward the future of work. Learn more