Which Chronotype Are You?: What Sleep Patterns Tell Us about Productivity

February 28, 2022
Thank you! Your submission has been received!
Oops! Something went wrong while submitting the form. 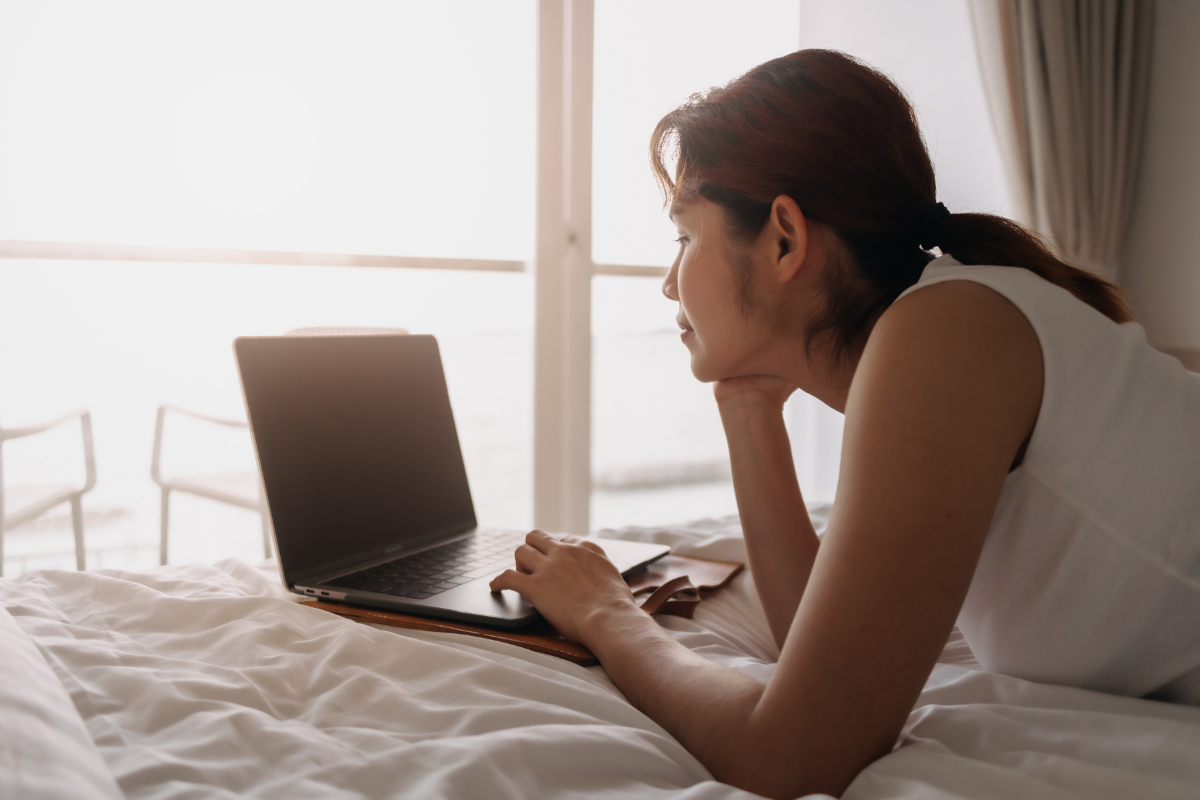 Which Chronotype Are You?: What Sleep Patterns Tell Us about Productivity
Cole Fowler
February 28, 2022

Why do some of us jump out of bed ready to conquer the day while some of us hit the snooze button three times and need multiple cups of coffee? Turns out our energy levels throughout the day are rooted in biology and circadian rhythms, making them largely out of our control. Experts have coined the term biological prime time to describe the period of time when a person is most focused and energized. You can also think of it as a person’s “golden hours” and when they are best suited to tackle the day’s most demanding tasks.

The differences in individuals’ biological prime times can be categorized into what researchers call chronotypes. Chronotypes influence our sleep patterns, as well as appetite patterns and levels of alertness throughout the day.

The Science of Chronotypes

According to the Sleep Foundation, scientists consider it very difficult to change your chronotype, though it may shift throughout a person’s life. Performing activities that require concentration and energy can be difficult during non-peak times. When a person’s natural chronotype comes in conflict with the demands of their schedule, this results in social jetlag.

According to the Sleep Foundation, most children have an early chronotype. Then, starting in adolescence the chronotype is pushed back. The chronotype then gradually shifts earlier and earlier starting at the age 20. In later adulthood, our chronotype shifts even earlier.

Studies suggest a gender difference. Women tend to have an earlier chronotype than men. Additionally, there’s mounting evidence that chronotypes have a genetic component. Some researchers believe that there’s an evolutionary reason for our varying chronotypes. When we were hunter-gatherers, these varying chronotypes allowed us to take turns sleeping and always have someone awake to keep watch.

People can generally be categorized into four chronotypes. These chronotypes take their names from animals and sleep patterns found in nature.

The Bear is the most common chronotype and represents 55 percent of the population. Like actual bears, this chronotype follows the daily schedule of the sun. They don’t have trouble waking up in the morning or falling asleep at night. This chronotype is most productive in the morning and often struggles with an afternoon slump around 2-4pm. Typically, Bear chronotypes are extroverts and have a continuous flow of easygoing energy. They make great team players.

Bear Productivity Hack – Schedule meetings in the morning and try to finish demanding tasks by the early afternoon. Tackle easier tasks in the mid to late afternoon.

The Wolf chronotype represents 15 percent of the population. Like actual wolves, this chronotype is most productive at night. Conversationally, we might call these people “night owls.” They usually have two bursts of energy: the first around noon and the second around 6pm when most others have finished their workday. Wolves are often happy to go to bed after midnight. Typically, Wolf chronotypes are introspective, highly creative, and love seeking out new experiences.

Wolf Productivity Hack – Jump into tasks while you’re feeling most awake, even if that means working from home in the evenings. Avoid scheduling important meetings in the morning.

The Lion chronotype represents 15 percent of the population. Like actual lions, this chronotype has most of its energy in the morning. Conversationally, we might call these people “early birds.” Their energy levels peak before noon and they often need a power nap in order to recharge and make it through the rest of the day. Typically, Lion chronotypes are charismatic, disciplined, and seen as leaders by their peers.

The Dolphin chronotype represents 10 percent of the population. Like actual dolphins who sleep with half of their brain on at all times, this chronotype can have difficulty falling asleep and difficulty waking up. Because of their insomnia, they are often behind on sleep and need to ease into their day. They have bursts of creative energy and are the “wired or tired” type. Their peak energy might not kick in until as late as 3pm. Typically, Dolphin chronotypes are highly intelligent and detail-oriented.

Dolphin Productivity Hack – Take frequent breaks throughout the day to mentally recharge. Learn to tackle one task at a time. Take advantage of your energy bursts, even if they’re unpredictable.

Knowing your chronotype can help you boost your productivity and better understand your body’s needs. It’s best to work with your chronotype, not against it. For a deeper look at the four chronotypes, check out Casper’s guide, as well as a breakdown from Psychology Today.

Discover your chronotype with this New York Times 10-Question Quiz.

What Chronotypes Mean for the Workday

Because of their unique biological prime times, employees desire flexibility in their work hours.

In an international study of nearly 15,000 adults, almost half said their work schedules adjusted due to covid now more closely align with their natural sleep patterns. With adjusted hours, people are seeing an overall improvement in work-life balance, as well as productivity.

The hybrid office allows workers to gather in person for certain team meetings, while also working at home on their own schedule and taking advantage of their individual chronotypes. OfficeTogether helps employees seamlessly coordinate between office work and remote work. Learn more about OfficeTogether and how it can help your employees create a productive workflow.

Share
More From The Hybrid
What Is a Virtual Office? (Advantages & Disadvantages)
Research from CBRE found that nearly 85% of employees would prefer to work remotely at least two to three days a week. On top of that staggering conclusion, Chicago Booth economists found that nearly 34% of U.S. jobs can be performed at home. What does this research mean for companies that have yet to adopt a hybrid or remote work model? Change is coming.
Read More
Office Space Management in 2022
Over the past few years, the office landscape has transformed into something entirely different from a traditional office. Instead of gloomy 9-to-5 days spent in a cubicle or conference room, employees spend their days collaborating with peers and clients from virtually everywhere. This change has made a difference—now, 77% of employees report that this flexibility benefits their mental health.
Read More
How to Disconnect from Work: 9 Ways
Over the past few years, the COVID-19 pandemic and the subsequent increase in hybrid and remote work have blurred the lines between home and professional life. As the stress in our work lives increases, our mood regulation skills become less effective. When this happens, work stress can bleed into our home and personal lives.⁸
Read More
Not sure which OfficeTogether product is right for you?
Let's Chat
Product
Desk Reservations
Follow Your Teammates
Health Checks & Contact Tracing
Vaccine Tracking
Event Management
Space Optimization
Company
Blog
About Us
Press
Careers
Resources
Contact Us
Privacy Policy
Terms of Use
Slack App
Help
Join our mailing list.
Stay up to date with news, product releases, and exciting updates from OfficeTogether.
Thank you! Your submission has been received.
Oops! Something went wrong while submitting the form.

© OfficeTogether, 2022. All Rights Reserved.
OfficeTogether has been acquired by Envoy to continue pushing forward the future of work. Learn more